Sorry, this interview has now expired. 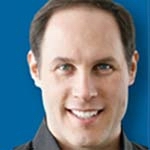 Internationally Acclaimed Trusted Authority on Quantum Healing, the Executive Producer of the cutting edge film, The Ultimate Answer is
inside™, and the host of the innovative and transformational Internet TV Show, TheQuantumShift.TV, Joshua Bloom, has been featured on the front
page of The Washington Post as one of the first coaches ever to be featured in the mainstream media. He has been featured internationally on both radio stations and TeleSeminars.

Author of How to Heal Yourself Instantly, among many other audio and video programs, Joshua is doing what most people would consider being
impossible: He assists his students and clients in completely releasing ailments such as pain, anxiety, fear, depression, allergies, migraine headaches, Attention
Deficit, and much more. Additionally, he trains students to heal themselves and helps others do the same in his extraordinary Come to The Edge!
Certification Program.

Joshua is a Master Life and Business Coach, a Neuro-Linguistic Programming Master Practitioner, a Certified Hypnotherapist, a certified practitioner of the Emotional Freedom Techniques, a Master Teacher in Being Quantum™, Seichim and Usui Reiki, and founder of the Quantum Healing Center LLC.

This is the bottom slider area. You can edit this text and also insert any element here. This is a good place if you want to put an opt-in form or a scarcity countdown.